A second video of Toronto Mayor Rob Ford smoking what has been described as crack cocaine by a self-professed drug dealer was secretly filmed in his sister’s basement early Saturday morning. 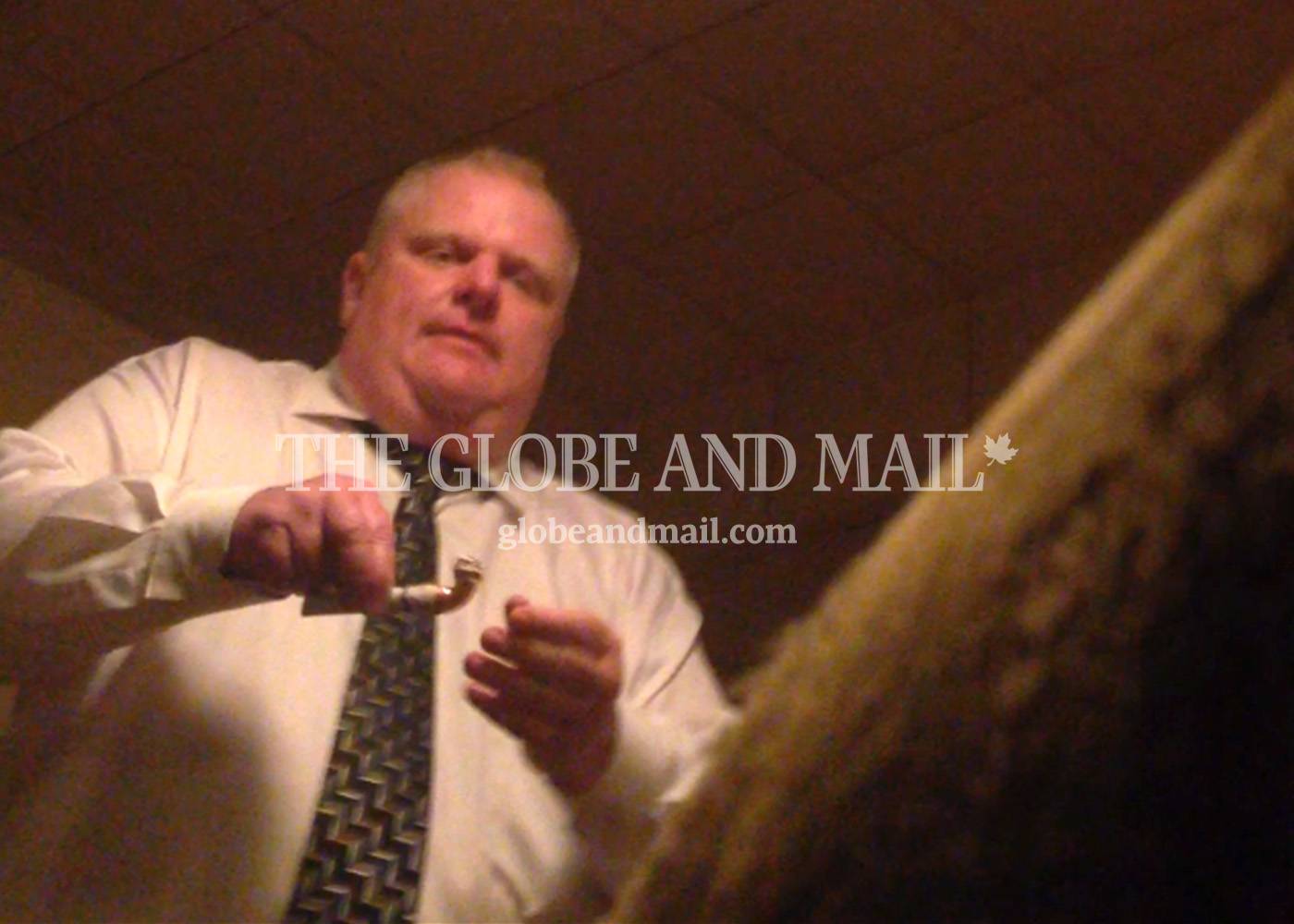 The clip, which was viewed by two Globe and Mail reporters, shows Mr. Ford taking a drag from a long copper-coloured pipe, exhaling a cloud of smoke and then frantically shaking his right hand. The footage is part of a package of three videos that the drug dealer says he surreptitiously shot around 1:15 a.m., and which he says he is now selling for “at least six figures.”

The footage comes to light weeks after Mr. Ford embarked on a re-election campaign styled on the importance of second chances and forgiving mistakes. Nearly a year ago, the mayor thrust himself into worldwide infamy when another drug dealer, Mohamed Siad, tried to sell another video of the mayor allegedly smoking crack to media outlets in Canada and the United States. At the time, the mayor denied using the drug, only to later admit that he had smoked crack cocaine in a “drunken stupor” and that he was not an addict.

Since then Mr. Ford has been filmed numerous times in public appearing erratic and acting impaired. In each instance, the mayor has admitted to drinking, but never to using drugs. A few weeks ago when asked directly if he was continuing to use drugs, Mr. Ford said: “You guys ask stupid questions.”

Approached at City Hall Wednesday evening, Mr. Ford declined to respond to questions about the video. Shortly after The Globe confronted Mr. Ford, his lawyer said the mayor was going to take a break from campaigning.

In one of the clips shown to The Globe and Mail Wednesday, the mayor rapidly shifts his weight back and forth on the spot, talking into his cellphone and his right arm swinging at his side. When the camera pans around the room, a man that looks like Alessandro “Sandro” Lisi, the mayor’s former driver who has been charged with drug dealing and extortion, can be seen in the background. Mr. Ford’s sister, Kathy, who has admitted in media interviews to being a drug addict, is sitting in front of her brother. In the last of three clips, Mr. Ford is holding the pipe and speaking to his sister.